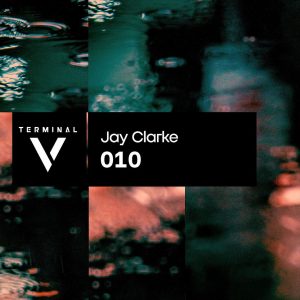 Blackaxon boss Jay Clarke doesn’t believe in constraints, well perhaps only one – one’s own vision. Genres, stylistic labels, all have no bearing on Jay and his work. Through his tireless work over the years Jay has found himself in an enviable position as one of the UK’s most impressive and promising young artists. Landing two solo EP’s on Ben Klock’s Klockworks imprint is not a fluke and this sort of accolade only comes as a result hard work and dedication. A thread that runs throughout much of Jay’s career.

Rocking crowds large and small is what Jay does best. Given the masses of experience he has in this respect we were confident that a podcast from the fabric resident would hit the spot. Don’t just take our word for it, grab a piece of the action yourself. First of all, however, we caught up with the man himself to get the inside track on the inner workings of one of the hardest working artists in the game…

Welcome Jay, tell us what’s been happening this year so far? Have you been keeping busy in the studio?

Yeah, I am always tinkering and messing around with sounds and tracks in the studio daily. If I’m not making music during the day I almost feel like I might miss out on an opportunity to find my best ideas. It’s been difficult without the inspiration of the club shows, but with them in sight I’m working harder to get things down and finished.

Your label Blackaxon must be keeping you busy, any developments there?

I’m planning my next EP, which will be from myself. I’m sat on a load of music I want to release so now is the right time, especially now that clubs can hopefully open in the second half of the year. I’d also like to open up the possibility of some remixes from artists I’m loving right now. I have a few new artists on my radar so hopefully I’ll have some new joiners to the label later on in the year.

Checking 2020’s releases there is some serious electro roots there? What’s the connect?

Of course, I’m from the UK, and love my bass and breaks! Growing up with Drum & Bass, Jungle and Garage as a teenager, I see Electro as a continuation of those genres. The thing I like a lot about the deeper Electro is that it still holds onto a Sci Fi Soundtrack vibe which I love, there’s more space in between the kick drums to let the tracks breathe and let the modulation and sound design pull forward – think Drexciya, Exaltics, & Convextion. Davide’s release (Davide Piras) really captures that vibe and why I was drawn to his music.

Tell us about the tracks you are working on at the moment and that you have coming up next both on and off your label?

I have about 20-30 tunes on the go at the moment. I’m just focusing on getting these finished and then look to release them asap.

Tell us what you have planned once the gates hopefully open on the worlds nightlife?

I can’t wait to get behind the decks on a huge sound system and hammer out those bangers! It’s that simple! Being in a club every weekend has a huge impact on my creativity. I am SO looking forward to this!

Without sounding like a massive cliché, being a fabric ressie, how much of those experiences and ‘moments’ have you been able to channel into your own tracks? Or do you have different drivers attached to your music?

This is a tough one. I don’t consciously make a decision to make music for a specific club such such as fabric, or Berghain. That said, when I starting going to fabric regularly when I was 18/19, Room 2 was always my vibe; dark, heavy, and raw. So you could say it has influenced me subconsciously as I like my heavier and faster music as I love my 90’s Techno. The tracks are driven by the kind of mood I am in and/or music I am listening to during the day, or if I have a listening session before I start in the studio. A lot of my tracks are built from jamming in Ableton and trying to vibe that groove that just clicks!

Being a DNB head and also being a part of the fabric team describe how it felt when the request came in to produce remix Goldie? (like seriously?)

I don’t use this word often, but it was an EPIC experience. I’ve been a huge fanboy of the Metalheadz label since I was a teenager, so it’s really a dream come true to release on the label. I met Goldie back in 2017 at Dimensions Festival; I had played the day before and had gone down to the festival to hang out with Silent Servant and Nina, and to watch Goldie play his Techno set. I got talking to Goldie before his set through our mutual love and respect for Marcus Intalex (RIP) who had sadly passed away a few months earlier. Goldie starts to DJ and after about an hour he turns to me and asks if I want to do a remix. The guy has never met me before, never heard my music, and asks me to remix his music! WTF! I literally thought he was having me on! Once he finished his set and is leaving the booth, he comes up to me and playfully punches me in the chest, and says “what about that remix then…” We had some phone calls and emails back n forth and then well, the rest is history!

I’ve made a lot of music during 2020, so my main goal for 2021 is to release as much as possible, and of course getting back behind the decks in a club environment. DJing at home isn’t the same when you don’t have 100-110db smashing you in the face.

You have just built our latest podcast, how did you approach the task at hand?

I wanted to create the mix with the dance floor in mind, nothing overindulgent, just pure groove and energy, which is what I bring to my DJ sets. I’ve included some forthcoming tracks from some amazing up and coming artists such as A. Morgan, Balrog, Dahryl, & Yant, as well as some bangers from the likes of ø[Phase], Stef Mendesidis, Troy, Temudo, The Advent, and some old school Drumcode – the good stuff. I’ve also included a remix I’ve recently finished for Arnaud Le Texier due out later this year. I recorded the mix in one take, layering loops and tracks to keep the energy flowing. I never plan my DJ mixes as such, I like to keep them spontaneous like a club set. I add a shortlist of say 50 tracks and organise them based on energy levels, and then just see where the mix takes me based on the vibe.

Given you regularly play out on one of the best systems in the world what’s your chosen home setup?

Super hard difficult question – Track of the moment + why?

An almost impossible question…. nevertheless, I’m going with ‘Zedd’ by ø[Phase] taken from his forthcoming album ‘Before This’. I’ve been a huge fan of Ash’s music for a long time and this track really speaks to me with his trademark rolling sound, and bright melody.